Located in the // Museum in Raleigh, North Carolina, we find another former member of the Wolf Pack; a UH-1M Huey gunship. This aircraft saw service with us in Vietnam and with Project Delta; and has the scars to prove it.

Not the formal data plate near the copilot's feet, but close enough.

"Note in the history of the aircraft (last picture) it is an “M” Model. We had “C” and “M” models in the Guard. Eventually all Charlie Models had L-11 engines replaced with L-13’s, making them Mike models. They would actually hover on a hot day!
They mention that this aircraft sustained 5 small arms hits in April 20, 1968. Does anyone recall that day, mission or operation? We lost Intruders in March and May of ’68 and I wonder if the 5 hits 187 took were during one of these operations. It would be interesting to know how many hits this aircraft took during its tour of duty in VN."
Bain

A C or M would have weapons systems attached on the left side from underneath near the rear edge of the door.

The missile was not ours; we used 2.75" FFAR (folding fin aerial rockets.

With 281st Operations NCO Will McCollum.

Will is in one of the pics and he sent me the pics several years ago. The oil painting was ... first a sketch done by the aviation artist. I made several changes to it to match my memory. An enemy soldier fired at us while we were flying up that river. I looked right at him. He missed as he stood up in his little boat sitting under a little foot bridge. We flew around and made a big wide 270 and my first rocket ended his dreams of shooting down a gunship. Ha! I was flying 187!
bb 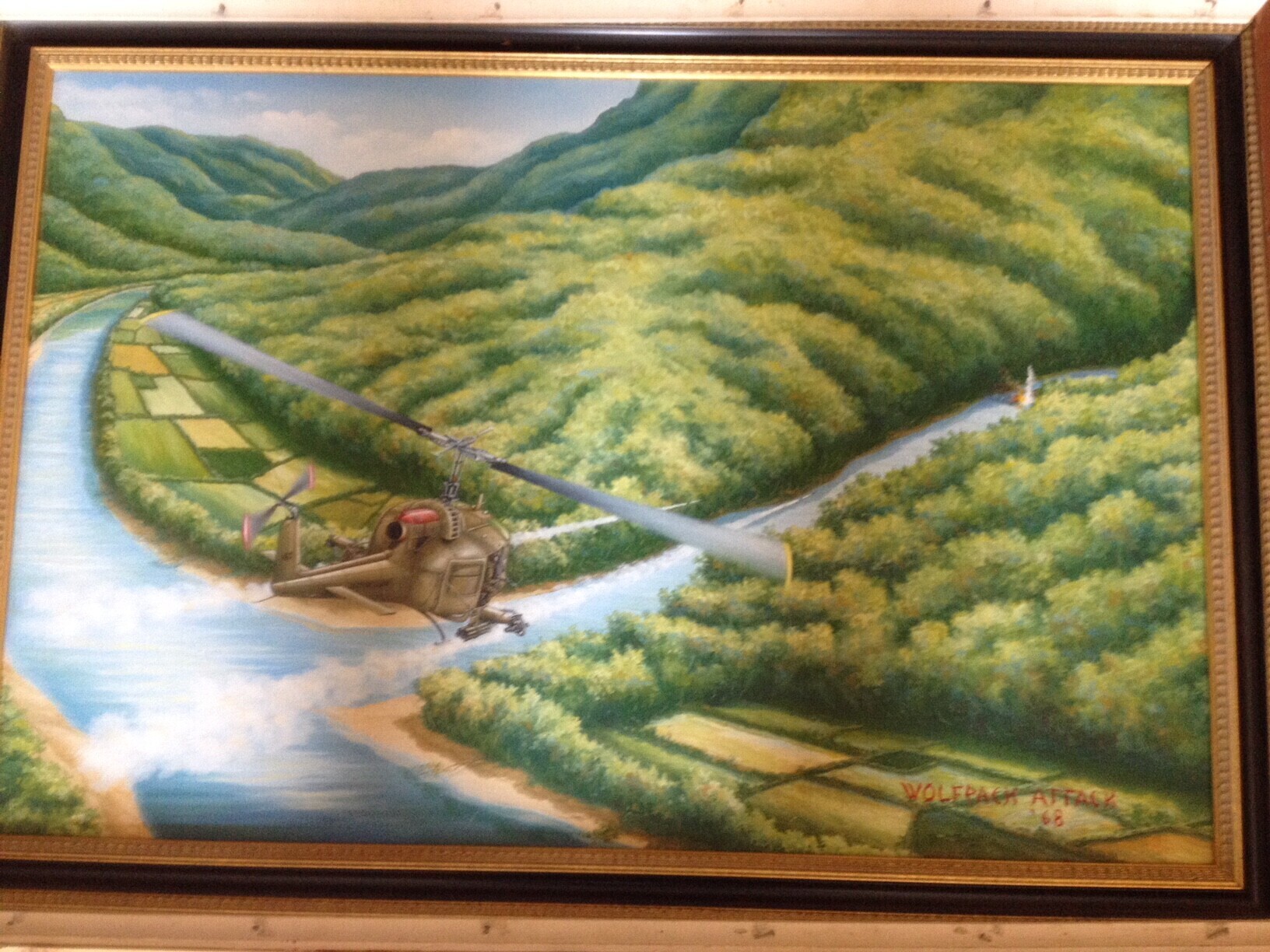 Bain modified this piece to depict an action he experienced while commanding this aircraft in battle.

Images courtesy of Will McCollum